Getting your ballot in the mail will save time and will ensure the health and safety of voters and poll workers alike. Your vote matters. Apply today! https://votespa.com/ApplyMailBallot

If you’re a voter with a valid PA Driver’s License or PennDOT ID number, you may apply with this online form.  If you do not have one of these ID numbers, you will need to download a paper application and mail it to your County Board of Elections. Otherwise, you may visit your local county elections office.  For an absentee application in English, download the absentee paper application form

Notice for Military and Overseas Voters: When applying for an absentee ballot, use the federal form.

NOTE: You must apply for an absentee or mail-in ballot for each election, unless you qualify for and request permanent status to vote by mail-in ballot.
Share |
Posted by Lehigh Valley Black News Network at Monday, May 18, 2020 0 comments

How Black business owners in Pittsburgh are coping amid the pandemic

Chef Claudy Pierre had planned for a busy St. Patrick’s Day at Arnold’s Tea on the North Side. Instead, as COVID-19 restrictions took hold, he closed his business and took the excess food he had stocked up on to help the community.

Pierre and his crew set up a food stand outside of his business to feed people between 3 and 7 p.m.

“We tried to stay open for a few weeks, but we just weren’t making enough to pay staff and keep the business open, but we could still feed people nutritious, flavorful meals with the E.A.T. Initiative,” Pierre said.

Thanks to $10,000 in grants from Bridgeway Capital and Neighborhood Allies, Pierre and his small team are feeding hundreds of Pittsburghers from Thursday to Sunday. Now, Pierre is cooking out of a full-service kitchen at the Energy Innovation Center in the Hill District with food provided by food banks and organizations like 412 Food Rescue. Read more here
Share |
Posted by Lehigh Valley Black News Network at Tuesday, May 12, 2020 0 comments

Business of the Month

Facing the Covid-19 pandemic, the US Congress rammed through the CARES Act — which economist Michael Hudson explains is not a “bailout” but a massive, $6 trillion giveaway to Wall Street, banks, large corporations, and stockholders.
Max Blumenthal and Ben Norton discuss the enormous financial scam with Hudson, who reveals how the economy actually works, with the Federal Reserve printing money so rich elites don’t lose their investments.


MICHAEL HUDSON: Just think of when, in the debates with Bernie Sanders during the spring, Biden and Klobuchar kept saying, ‘What we’re paying for Medicare-for-All will be $1 trillion over 10 years.’ Well, here the Fed can create $1.5 trillion in one week just to buy stocks.

Why is it okay for the Fed to create $1.5 trillion to buy stocks to prevent rich people from losing on their stocks, when it’s not okay to print only $1 trillion to pay for free Medicare for the entire population? This is crazy!

People hesitate to think that. They think, ‘It can’t possibly be this bad.’ But for those of us who have worked on Wall Street, for 60 years in my case, that’s what the numbers show.

But you don’t have the media talking about actual numbers. They talk about just words, and they use euphemisms. It’s a kind of Orwellian vocabulary, describing an inside-out world. Read more
Share |
Posted by Lehigh Valley Black News Network at Sunday, May 03, 2020 0 comments

Black businesses matter, but will they get fair share of Covid-19 aid money?

“The $2.2 trillion recovery relief plan is a down payment,” Mr. Morial told The Final Call. “In the best case scenario, it will offer two months relief for small business owners and four months relief for unemployed worker. There is a need for them to go back. We fought hard in discussions, along with the Congressional Black Caucus (CBC), to ensure, for example that lending platforms would be open to non-profits, sole proprietors and mom and pop stores.”

“It’s having a tremendous effect,” he said. “Cash flow just stops. Ten percent retail, 10 percent of restaurants, 20 percent of the population just stopped. This is the end of the business cycle, we’re at peak employment where wages go up, corporate money gets squeezed and they fire Bob,” he explained.

“People didn’t have time to pivot. For Black business, access to capital may not be there and Black customers are going to be hit very hard. It’s going to be a challenge for all businesses. You have to figure what you need to do now.”

He characterized the relief package as, “keep the light on money,” likened the U.S. economy to a Ponzi scheme with the U.S. government printing money “out of thin air,” and said now that corporations—who are carrying between $4 trillion and $10 trillion worth of debt—face an economic reckoning, the realization is dawning that the way they’ve been doing business is untenable.

“They are now seeing that this isn’t sustainable,” said Mr. Johnson, who for the past two decades has helped families and small businesses create and protect wealth, and who has guided them to see the benefits of developing a financial game-plan. “Nobody ever shoots Santa. People don’t care and weren’t complaining when they were making money.”

Mr. Johnson said the Covid-19 pandemic merely accelerated what has been happening to the economy, just at a slower rate.

“Here’s the reality: what happened is that they are creating money out of thin air, buying assets, feeding the Ponzi scheme,” he said. “They were rigging earnings, strip-mining stocks and buying back stocks, while the Federal Reserve pushed down interest rates and have been buying bonds and assets.” 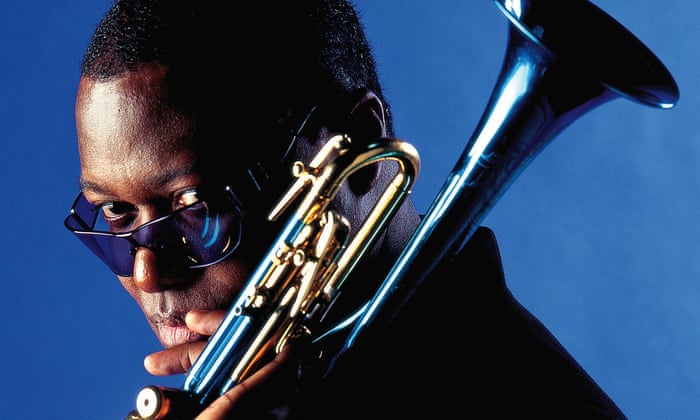 Grammy-winning trumpeter who played with Miles Davis and Ornette Coleman dies in New Jersey hospital after being admitted last week.


Wallace Roney, a Grammy-winning jazz trumpeter celebrated for his interpretations of Miles Davis, has died aged 59 after contracting Covid-19.

He died in hospital in Paterson, New Jersey, where he had been admitted last week, according to his fiancee, Dawn Felice Jones.

Roney, born in 1960, trained at Duke Ellington School of the Arts, Howard University and Berklee College of Music. After playing clubs in New York, he was invited into the storied hard bop band led by Art Blakey, the Jazz Messengers. He was then hired by Tony Williams, the drummer who had played alongside Herbie Hancock and Wayne Shorter in Miles Davis’s second great quintet, and recorded a number of albums with him during the 1980s. Roney also recorded 22 albums as leader in a post-bop or fusion style, beginning with 1987’s Verses.
Advertisement

Aged 23, he met his hero Miles Davis, after playing in an ensemble for a retrospective concert as Davis collected an honorary degree. Davis became his mentor, and Roney’s style would be frequently compared to Davis’s. “I never get tired of the comparisons to Miles – I get tired of the critics trying to make it into a negative,” he said last year. “Because to me, it’s no comparison. Miles Davis is the greatest ever. What I’m trying to do is continue and push forward from the lessons I learned from him and try to play this music.”  Read more
Share |
Posted by Lehigh Valley Black News Network at Wednesday, April 01, 2020 0 comments

Gig Workers Would Get Unemployment Safety Net In Rescue Package

Uber drivers, Airbnb hosts and other gig workers who have lost their livelihoods because of the coronavirus pandemic would get some relief under the proposed new $2 trillion federal rescue package.


The justices, in a unanimous decision, ruled that to prevail, “a plaintiff must initially plead and ultimately prove that, but for race, it would not have suffered the loss of a legally protected right,” according to the opinion. (Read it here).

The decision means that Allen’s lawsuit will go back to the lower court, where he can again try to prove his case, but he will have a much greater threshold to meet for his case to survive.

At issue was whether Allen’s $20 billion lawsuit should have survived beyond the pleading stage by merely proving that, in Comcast’s decision to deny carriage of his Entertainment Studios’ channels, his race was a “motivating factor” or whether it was the sole cause, also known as “but for” in legalese. The ruling was viewed as having a potentially significant impact on future racial discrimination cases. Read more here
Share |
Posted by Lehigh Valley Black News Network at Wednesday, March 25, 2020 0 comments

THE GREATEST LOVE OF ALL: THE WHITNEY HOUSTON SHOW 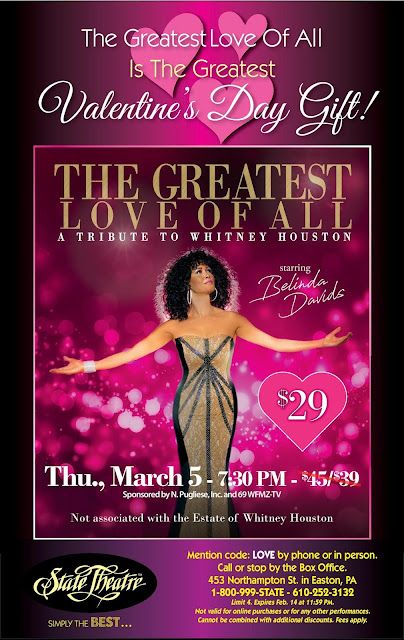 Back by Popular Demand! The Greatest Love of All, A Tribute To Whitney Houston, starring the breathtaking voice of Belinda Davids (Showtime at the Apollo!) with full band and dancers live on stage. All of Houston’s most memorable tunes are lined up for Davids’ treatment, including Pop highlights “I Wanna Dance With Somebody.” “How Will I Know” and “I’m Every Woman,” favorites from her movie career and of course all her most iconic and timeless ballads including “I Have Nothing,” “Didn’t We Almost Have it All,” “Run to You,” ” One Moment in Time” and “I Will Always Love You.”
Share |
Posted by Lehigh Valley Black News Network at Wednesday, March 04, 2020 0 comments 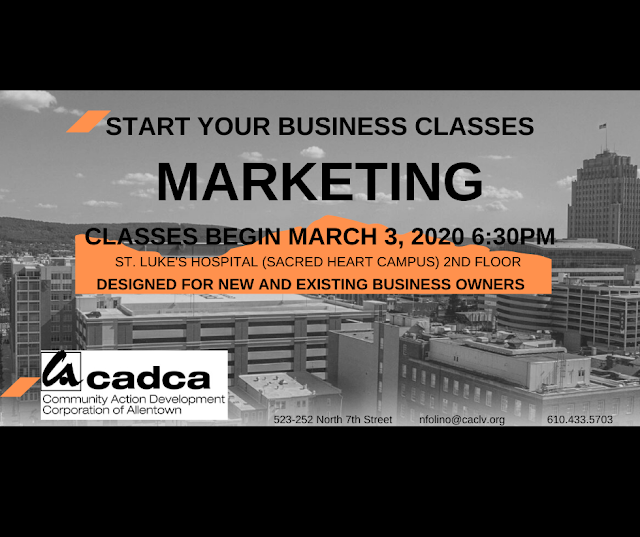 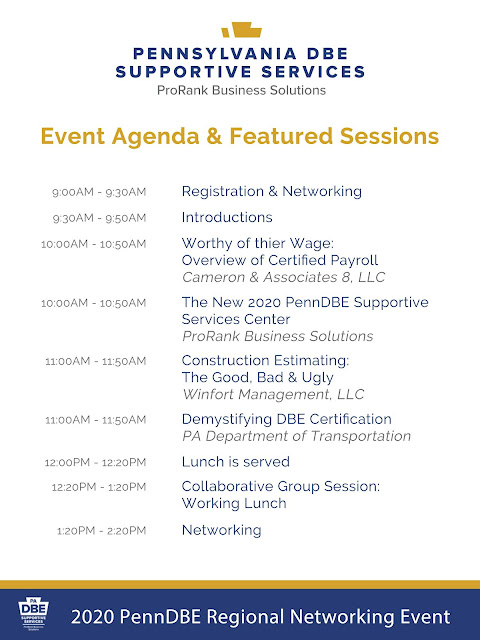 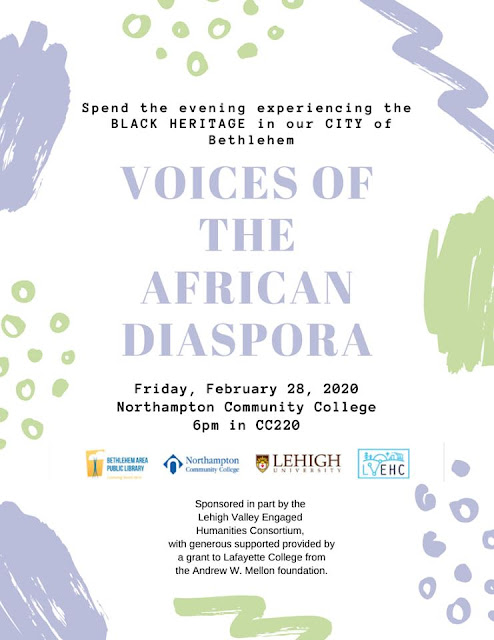 After meeting with interfaith group, Allentown mayor decides to nominate Gregory Edwards for NIZ board after all

Edwards will almost certainly not be joining the Allentown Neighborhood Improvement Zone Development Authority anytime soon. Browne, Schweyer and O’Connell each are in charge of making appointments to three seats on the ANIZDA board, and thanks to a bylaw change last month, each has the power to veto another’s pick. In other words, all three need to agree on every nominee before Allentown City Council votes on appointment.

Schweyer said Tuesday he still planned to reject Edwards’ nomination.
“Nothing over the last couple of months makes me think this is the right appointment,” Schweyer said. “I’m hoping we can move past this drama and identify someone who’s willing to serve and understands how important the NIZ is to the redevelopment of downtown.”
Browne said he’s never spoken to Edwards but doesn’t think he would be an appropriate member “based on recent activities.”
“His intentions would not be in line with the legal purpose for which the program was established: to maximize investment in the zone,” Browne said. “I do not believe he would advance that legal purpose, and members of the ANIZDA board don’t have the legal discretion to deviate.” Read full article here