Martin Luther & Coretta Scott King Memorial Project
January 17, 2011
Richard Roberts, of Allentown (left rear) and Kevin Easterling, wave to the crowd, after unveiling the Martin Luther and Coretta Scott King statue at the triangle at Fourth and Union streets in Allentown on Monday. Easterling is director of the Martin Luther & Coretta S. King Memorial Project. Roberts is brother of Harry A. Roberts - who was on the forefront of the monument project, but unfortunately died in 2008 before seeing his dream come to fruition.
January 17, 2011
Harry Fisher / THE MORNING CALL
mc-allentown-mlk-statue 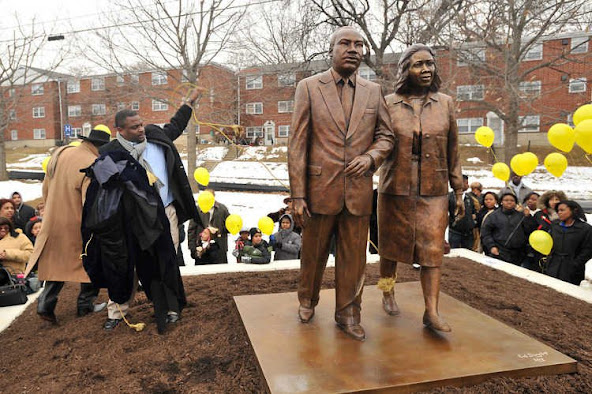